Heavily influenced by the German Expressionists, such as Otto Dix and Max Beckmann, whose anguish over human brutality and corruption speaks to his deep feelings about social justice, Mellencamp’s imagery takes its inspiration from the same sources as his music: the oppressive authority and social struggles of the working man and woman. But though that foundation is German, the evolved result is decidedly American, with the brash and snappy visual rhythms of our streets, lives, politics and passions.
Read More
The musician and artist John Mellencamp stumbled into his first record deal while traveling to New York City from his home state of Indiana in search of an art school to attend. It was the mid-1970s, and the future star, who at various points in his long career has also been known as Johnny Cougar, John Cougar, and John Cougar Mellencamp, had just graduated from Vincennes University, a small two-year college in Indiana. “I figured while I was in New York, I might as well see if I can get anything going on [the music] end,” Mellencamp, who spent his teenage years playing in bar bands, recently told me over the phone. “And, as it turns out, at 20 years old, 21 years old, New York Art Students League wanted me to pay them money, and the record companies wanted to give me money.” Read John Chiaverina's complete article after the jump.
Read More 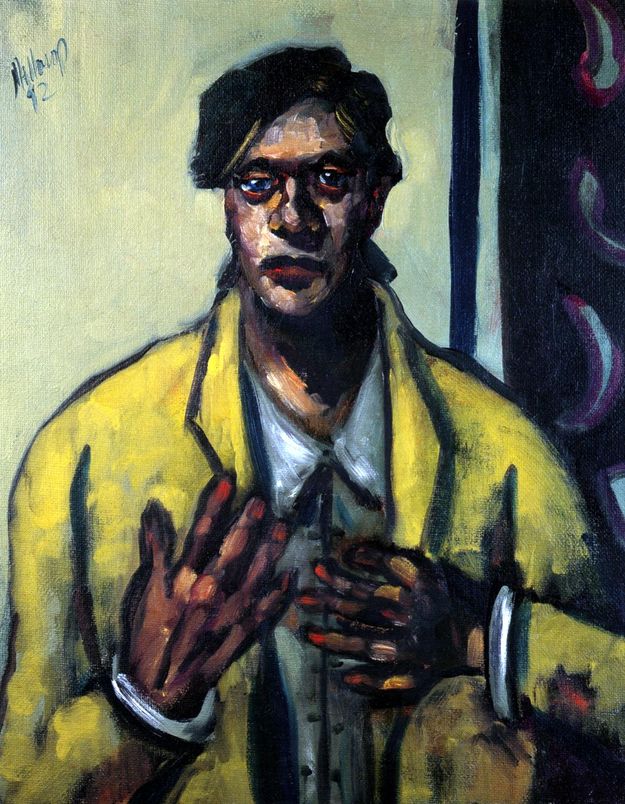 Self Portrait in Yellow Jacket