We have been getting a lot of requests to purchase John's artwork. On behalf of people who are interested, we are introducing signed, numbered lithographs.

The approximate 22" x 30" lithographs from the paintings "Carnie," "79 Revisited" "Runt," "Under the Lights II," and "Not Afraid to Fight" are available now.

The cost of each lithograph is $1500.00 plus Indiana sales tax (7%) with free shipping in the United States.

To order, simply fill out the form HERE.
We will contact you to collect payment information.

We have been getting a lot of requests to purchase John's artwork. On behalf of people who are interested, we're making prints that John will personally write your favorite lyrics from a song.

The approximate 42 1/2" x 36" prints from the paintings "Dodo on the Moon," "Paul and Joanne," "American Odd," "Glenn and Clarence,"  and "When I Was Young" will be laminated and wood framed.

The cost of each framed print is $3500.00 plus Indiana sales tax (7%) with free shipping in the United States.

To order, simply fill out the form on the Framed Prints tab at the top of the page.
We will contact you to collect payment information.

Read More
Jasper Community Arts is pleased to present the first exhibition at the Thyen-Clark Cultural  Center of John Mellencamp’s Paintings and Assemblages.

He is also an accomplished painter who has seriously pursued painting for more than 35 years. He has had solo exhibitions at the Butler Institute of American Art, Youngstown,  Ohio; the Tennessee State Museum, Nashville, the Museum of Art, Deland, Florida, the  Morris Museum of Art, Augusta, Georgia and three exhibits including a two man  exhibition with Robert Rauschenberg at the famed ACA Galleries in New York City.
Read More
Jasper Community Arts is pleased to present John Mellencamp: Paintings and Assemblages at the new Thyen-Clark Cultural Center. Mellencamp's exhibit will be on display for three months, January 2021 - March 2021. The new space will feature 3 large galleries open to the public, displaying 3 different exhibits simultaneously for a total of 18 exhibits. More details to come.
Read More
Read More
By Rachel Wallace

A new exhibition on display in New York City features work by two recognizable names: John Mellencamp and Robert Rauschenberg. Assemblages and paintings by the Grammy-winning singer of hits like “Hurts So Good” will hang next to mixed-media pieces by the late artist (who died in 2008) at ACA Galleries until December 21. The show opens to the public October 24.

Read More
Works by an unlikely artistic duo—the contemporary art pioneer Robert Rauschenberg and the 1980s rocker John Mellencamp—will be on display together in the exhibition Binding Wires, opening today at the ACA gallery in New York.
Read More
We are pleased to announce a 2-man exhibition featuring artworks by John Mellencamp and Robert Rauschenberg. The exhibition, Binding Wires will open at ACA Galleries on Thursday, October 24, 2019 in New York. This exhibition investigates the dynamic juxtapositions of two bodies of work: Mellencamp’s sculptural assemblages and portraits alongside Rauschenbergs’s mixed media artworks.
As Mary Lynn Kotz writes in her essay, born in the 20th century, a generation apart, Robert Rauschenberg and John Mellencamp are driven by the art imperative.
Read More
Southern Indiana Center for the Arts (SICA) is pleased to announce its October exhibit, Mellencamp: Three Generations of Art, which will feature works from John, Marilyn and Speck Mellencamp.

Opening October 2, the paintings will be on display through November 2.

This exhibit is sponsored by JCB and will feature many newer works from John including his striking mixed media mirrors from the Millican and Vickery collections. Also, featured will be more paintings from Marilyn, John's mother who painted at SICA as a part of the Wednesday group which still meets at the center to this date. Rounding out this great family show will be the work of Speck Mellencamp, who graduated from Rhode Island School of Design earlier this year. 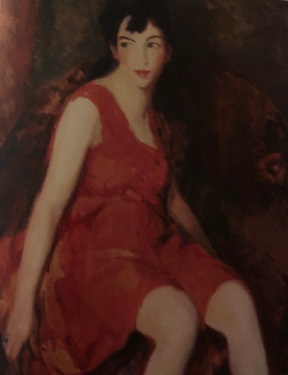 Someone once told John Mellencamp that if he really wanted to sell his work, he needed to paint still lifes and flowers.

“I don’t want to sell paintings that bad,” Mellencamp said.

One walk through “John Mellencamp: Expressionist,” which opened Thursday at the Butler Institute of American Art in Youngstown, is proof that he didn’t take that advice. Inspired by the work of German expressionist painters, Mellencamp’s work is filled with dark subject matter and figures that range from sad to serious to grotesque.

Wearing denim bib overalls and a white T-shirt, John Mellencamp pulled up a stool and talked about his art.

The rocker from Indiana was visiting the Butler Institute of American Art Thursday night, where his new art exhibition, “John Mellencamp: Expressionist” is now on view.

About 100 invited guests crowded around a corner of one of the galleries, where Mellencamp answered questions posed by Butler Director Louis A. Zona.

If the artist’s attire was surprising in such a formal setting, well, that’s a hallmark of art, said Mellencamp.

“Art should surprise the artist,” he said. “If the artist is not surprised, then it’s something else.”

John Mellencamp: Expressionist features at least 42 large-scale oil portraits and mixed-media pieces that successfully emit the same aura of anti-establishment as his music, and bravely deals with wide ranging issues of the working class and bitter sweet truths of the human condition. Read the complete press release after the jump.
Read More
By Caroline Goldstein - ArtNet News

Mellencamp’s show, “Life, Death, Love, and Freedom” is his second at the gallery, and like his musical career, his artwork is only getting better. The portraits, rendered in dark oranges and shadowy blacks, are reminiscent of the German artist Markus Schinwald’s work. Mellencamp himself cites influences as far ranging as Robert Rauschenberg and the German expressionists Max Beckmann and Otto Dix.

The titles of the work variously make reference to James Dean, the Marlboro Man, and a character from the movie Babydoll. But Mellencamp would prefer the work be read on its own terms. “These galleries want names on the paintings,” he told artnet News in an email. “I would prefer not to name any artwork. I find titles anywhere I can get them, more or less just for identification purposes.”

Lest viewers think that Mellencamp’s art is merely a vanity offshoot of his musical celebrity, in fact, the Jack and Diane crooner spent time at the Art Students League in New York in the 1970s, and always hoped to pursue a painting career.

Today, when he isn’t on a 50-concert tour, Mellencamp frequents galleries and museums, plus the occasional art fair. But he’s happiest making his own art, no matter what form it takes.

A conversation with the songwriter and painter on his exhibit “Life, Death, Love and Freedom” and art vs. product.  Read David Masciotra complete phone interview with John after the jump.
Read More
“An artist creates, and what comes out, comes out. I have no control over what other people might think. Creation, whether it’s songs or paintings try to tell a story and try to engage the viewer or the listener,” explains John Mellencamp when asked about the relationship between the paintings in his latest exhibition at ACA Galleries in New York City, entitled “Life, Death, Love, Freedom”
Read More